We are dedicated to improving the craft of shearing. With over 40 years of shearing experience, Ian would have given up a long time ago if he wasn’t so passionate about his craft. We shouldn’t forget about Mick either! He is quickly becoming one of the country’s top alpaca shearers.

Is to continue to grow Elkins Alpaca Shearing across the east coast NSW/Queensland in particular and teach and train a few young blokes along the way. providing the best service we can.

Australian leaders in alpaca and sheep shearing, get to know us below.

Ian Elkins has spent his entire working life in the shearing industry. He is well known for his success in shearing competitions all over Australia and internationally during the 1980’s and 1990’s where he won over 120 Open competitions including four Australian Merino Championships, Australian Shearer of the Year on eight occasions and winner of the International Professional Shearing Contest Denver USA in 1994. He represented Australia at several international events including in the United Kingdom, France, New Zealand and the USA.

Since then he has worked for NSW TAFE as a shearing coach as well as establishing his successful shearing business.

Ian is now frequently called upon to promote the shearing industry as an ambassador through providing shearing demonstrations at events such as the Sydney Royal Easter Show (annually for the last 11 years), Australia Day events and other high profile media events. Most notable was his recent demonstration for Prince William and his wife Kate at the Sydney Royal Easter Show in 2014 along with several demonstrations for the Governor-General Dame Quentin Bryce and when she hosted groups of international diplomats.

Ian’s contribution to the shearing industry was recognised when he was inducted into the Shearer’s Hall of Fame in 2015. He was also chosen to participate in the Olympic Torch Relay at the Sydney Olympics in 2000 and he was awarded the Australian Sports Medal in 2000 by the Prime Minister and Governor-General of Australia. Most recently he was awarded an Australian of the Day award.

Ian received world wide media coverage and a Guinness World Record for shearing the overgrown Chris the Sheep who had a staggering 41.1kg of wool on him.

Ian is passionate about promoting the shearing industry to the younger generation through the shearing schools he runs through TAFE Western and the coaching work he does with the Australian Wool Innovation to young shearers throughout NSW. 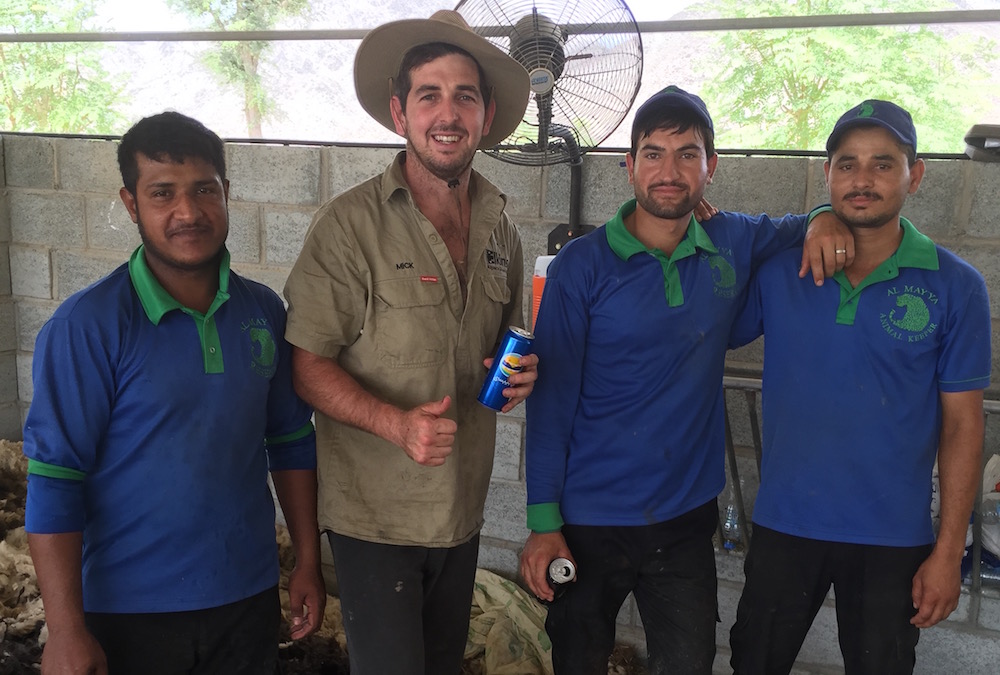 Mick is 26 years old and has been working with his father Ian shearing alpacas since he was 15. With over 10 years of shearing experience, Mick has now been shearing full time for two years and uses the same equipment and technique as his father. Mick is also a fully qualified plumber and pursues both shearing and plumbing due to the seasonal nature of shearing.